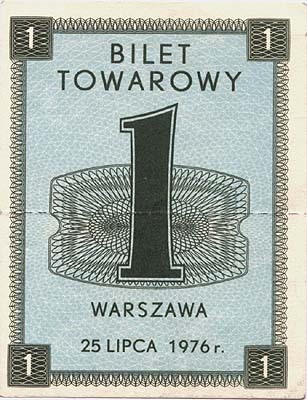 Many people remember very well everyday life in the PRL. On the shelves in shops dominated emptiness. In the hands of customers waiting in line you could see only a small piece of paper. It was something that could make your everyday life better, so people do not complain. The best way to make people happier and… warmer (people often had to wait in low temperatures) was good Polish vodka hidden under the jacket 🙂 People spent time together and waited for deliveries, but there weren’t enough products for everybody.

So what were the famous cards? It is a common name of vouchers entitling to purchase a certain part of products when there was a severe lack of stock on the market. It was introduced so that everyone could acquire at least a minimum ration. Interestingly, the cards that existed in Poland were not accepted as payment system and only entitled to the purchase of goods at regular market price. Such a solution was introduced for the first time after the II word war. Again in the PRL time it was in 1976 and concerned the purchase of sugar. 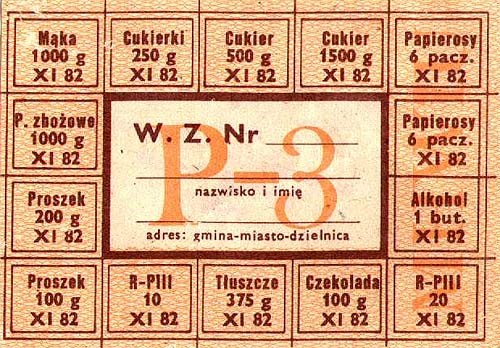 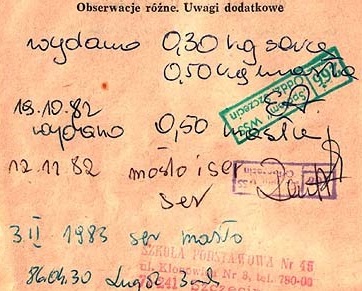 Entries in the health certificate allowed to buy additional products – usually it was butter prescribed for children. You can see one of the cards up, on the right side. On this card it says “Lugol” – special medicine used after the Chernobyl disaster.

So… What were the queues?

It’s definitely an inherent attribute of everyday life in PRL! The economic crisis that hit our country and people’s desire to acquire the basic everyday products made them line up in gigantic queues! Some were counting on getting sugar, other – boots, others wanted toilet paper. People occupied shops and back offices and often demolished the famous GS shops (shop of municipal cooperative). In addition, in queues frequently started scuffles, fights, quarrels, and sometimes in that case civic militia (the name of the then police) had to intervene.

Interestingly, as a result of the popularization of queues, various forms of help organization appeared. Lists of queues appeared in which the queue order was determined. People had to announce their presence at the right time. Luxury goods, like furniture, usually were insufficient and people had to still wait for the next delivery.

Even special committees were created in queues! These groups of people were responsible for the order of the queue and for checking the list. And in addition places could be booked! Higher culture J

Do you know that you could wait in line even … 20 years?! Not physically! You could wait that long for example for the installation of the phone. 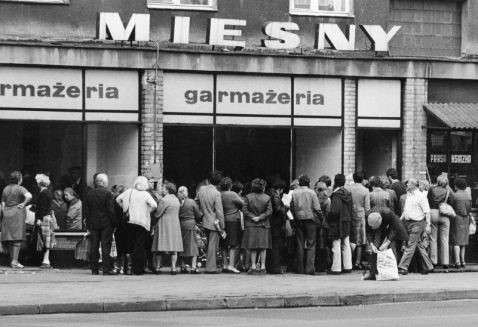 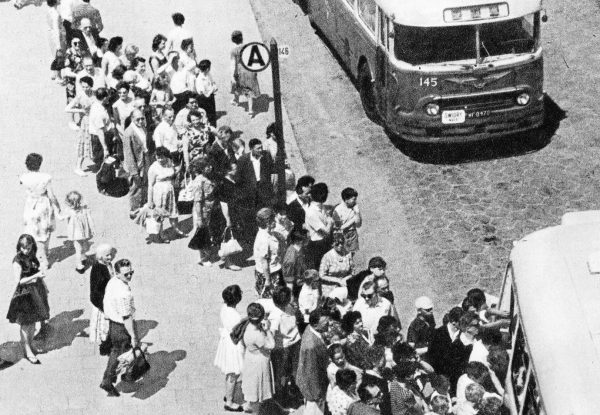 Benefit week in our museum